Hey everyone! It is a huge honor to be guest posting on Mishelle's blog today. I've been following her beauty blog for a long time, and being a fellow Perth resident is even more exciting!

Today my post is all about Summer Brights (and Mishelle has a guest post on my blog as part of the collaboration) so I decided to come up with a few 'bright' nail ideas for summer!
The first design I did I picked out all my favourite bright colours & got to work creating some cute summer nail art. I used China Glaze Spontaneous, Electric Beat, Flip Flop Fantasy, GaGa for Green and Papaya Punch! I used a few other nameless colours for the details too :) So here is my little Summer Brights decal mani 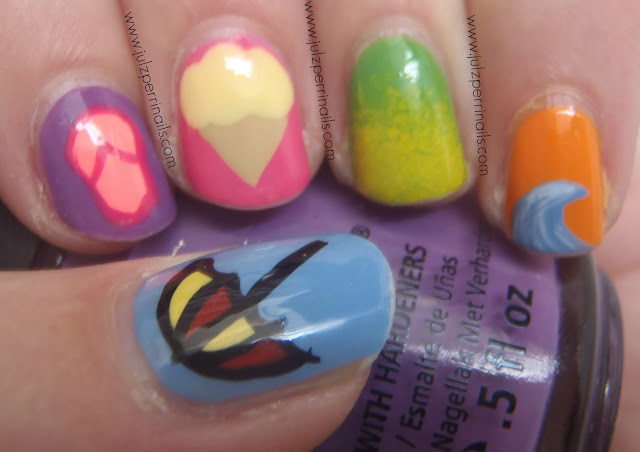 Then I got to thinking of some Summer brights nails that even the ladies that aren't into nail art can wear. The obvious first choice was a bunch of happy little colours across your nails like this; 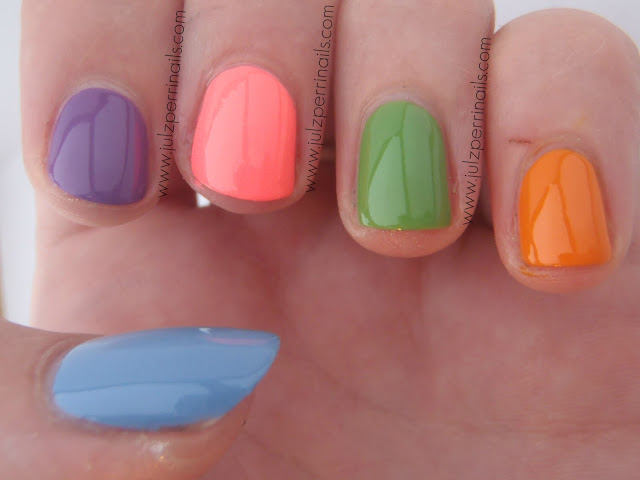 It's really easy & fun. I find the best way to make multiple colours pop, is to alternate between warm and cool. So purple is cool, pink is warm, green is cool, orange is warm etc.
Then I thought, gradients are pretty easy for non-nail art fans - hey, even my sister gave it a go. So I decided to finish off the look with a sponged tip in a different shade of the same colour - when using the same colour it's called ombre`, if you change colours (as I do later in the post) it's called a gradient. So this is an ombre` look below. 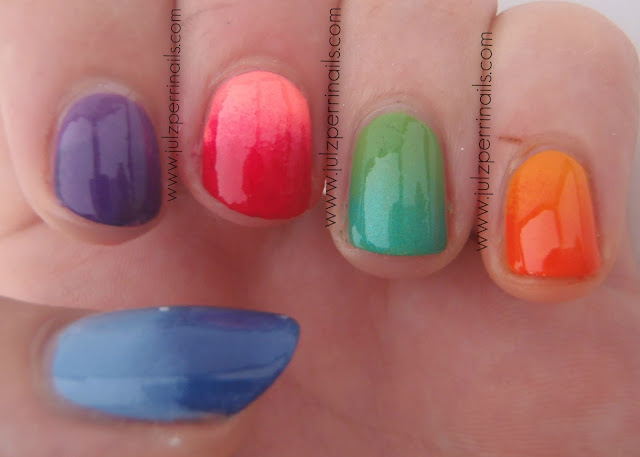 Now try wearing that around without getting a compliment or two! Gradients are easy - if you're interested in giving them a go, just get a makeup sponge, paint the second colour of polish onto the end and dab it on - voila`! You're very own gradient nails :)
Now not to end it there, I thought it might be fun to do a gradient that looks like the beach, because seriously, here in the scorching Aussie summer, a majority of our weekends are at the beach or pool if we can make it! So I did a gradient of sand & water to create the look below; 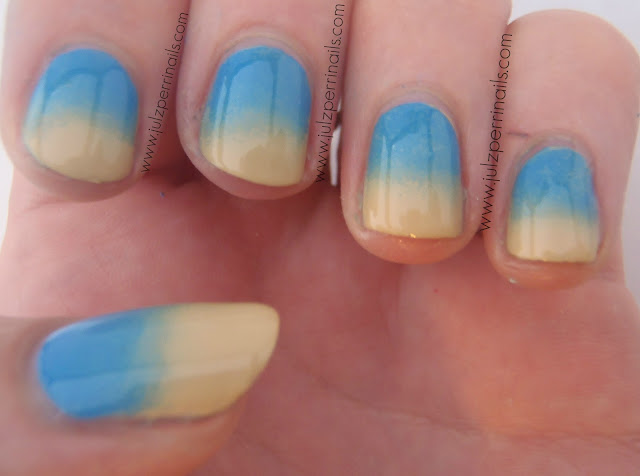 Then I added some white dots just because. I think it almost looks influenced by indigenous art. Don't you? 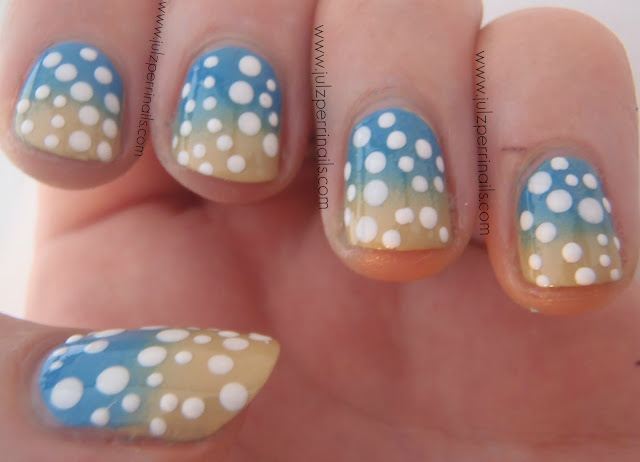 And that's all I came up with! I hope that you try out a design or two as they range from nice & simple to a little bit more involved.

HUGE thank you to Mishelle for the collaboration & I look forward to many more guest posts in the future :)

If you guys aren't already following Julz, check her out at Julz Perri Nails.com :)
Posted by Mishelles Sleepy Time at 10:35 AM